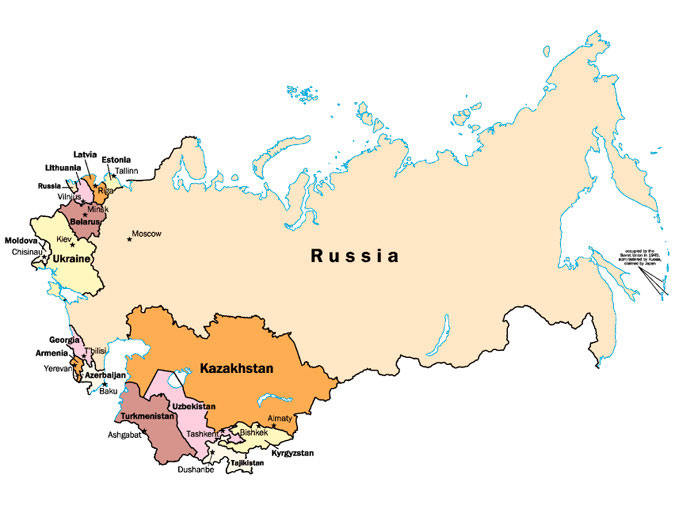 Russian immigration lawyer Dmitry Paniotto born and raised in the city of Kyiv, Ukraine offers a first in-person free consultation to the Russian community in Los Angeles. Russian immigration lawyer Dmitry Paniotto will speak with you directly and in Russian without a Russian paralegal/ interpreter. If you are a Russian/Russian speaking student is in Los Angeles and you want to explore your options of applying for political asylum, changing your student visa to some other status, or getting permanent residency in the United States based on employment, feel free to call (213)534-1827 and make an appointment with our Wilshire office to directly speak with Dmitry Paniotto, a Russian speaking immigration attorney. 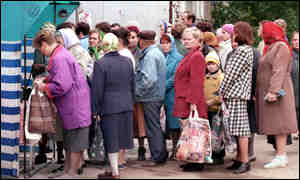 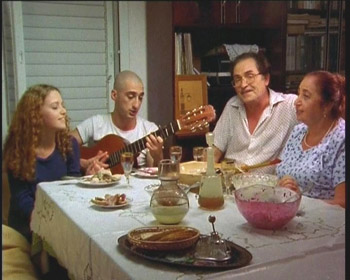 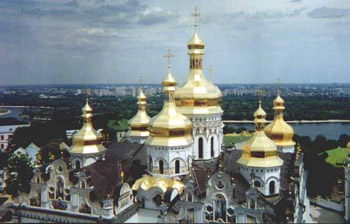 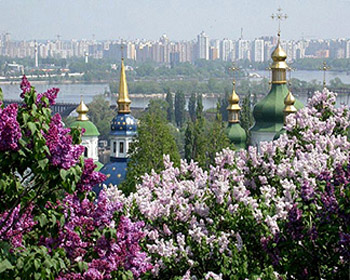 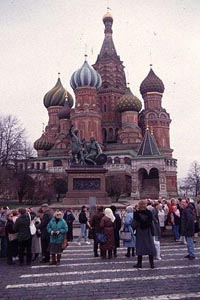 Russian Immigration lawyer in Los Angeles Dmitry Paniotto understands these differences and has an individual approach to each separate immigration problem of our clients. The following discussion will focus on what immigration assistance each different group of Russian/ Russian speaking immigrants/visa holders may need:

1. ATTENTION: For those who’ve lived in the U.S. without documents or had a green card/permanent residency and have a criminal record:

If you already have a green card and are a permanent resident of the U.S. but you had problems with the law, you may be deported from the United States.  There is a long list of criminal offenses leading to deportation – the most common of those offenses are domestic violence/ violence against spouse or child, sexual abuse of a minor, drug use and trafficking, major fraud, theft, robbery, bank fraud, credit card fraud, welfare fraud, medicare/medical fraud, insurance fraud,  gang-related crimes, and other crimes.  Usually, if you were accused of a crime leading to deportation/removal, you will be placed under “immigration hold” (which means you can not be bailed out of jail).  This normally happens to undocumented immigrants, but permanent residents can be subject to immigration hold too. It is very important to hire a qualified criminal defense attorney who is familiar with the immigration consequences of pleading guilty to certain charges to avoid pleading guilty to a deportable offense in exchange for empty promises of short jail terms by the prosecutors. Unfortunately, very few criminal defense attorneys and even fewer public defenders are familiar with immigration law. Public defenders are not financially motivated to vigorously defend the defendant’s interests and are unwilling to go to trial – it’s much easier for them to just plead you out without regard to the deportation consequences for you.

Russian-speaking students in Los Angeles and the U.S., in general, are here on J-1, work travel, or F -1 student visas. The immigration options for Russian/ Russian speaking students usually include changing J-1 exchange visitor to F-1 student visa (See more detailed discussion on J-1 and F-1 webpage of this site) or if students want to live in the U.S. permanently, they apply for political asylum no later than one year after arrival to the U.S. or marry a U.S. citizen. For a lucky few an employer may be available to sponsor your H1B visa during the season from April to October (although your visa must be prepared before April 1 of any given year and mailed on April 1). And some may also be able to apply for labor certification although such cases are extremely rare.  Russian immigration lawyer Dmitry Paniotto is available for the first free in-person consultation in Russian to advise you on what’s the best option for you in your specific situation. 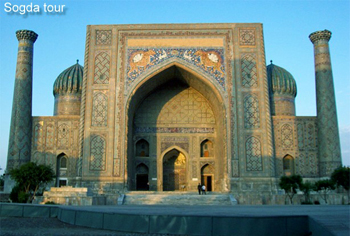 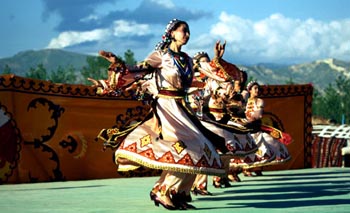 Immigrants and visitors from Uzbekistan, Uzbeks, Uzbek Koreans, Uzbek Christians, Uzbek Russians, and others usually choose to apply for political asylum when they feel threatened by the dictatorship of Uzbek president Islam Karimov and his corrupt government.   Uzbekistan state department report is full of references to violations of human rights of independent Muslims in Uzbekistan, as well as violations of religious rights of Christian evangelical groups and others. Uzbekistan is also famous for its cruel jail conditions and successful elimination of open opposition to the Uzbek government. Some Uzbeks in Los Angeles complain that not only do poor people in Uzbekistan suffer from poverty and suppression of their rights but even well-educated and financially secure individuals are forced to flee from the Uzbek government which violates their rights and prevents them from running a business in Uzbekistan 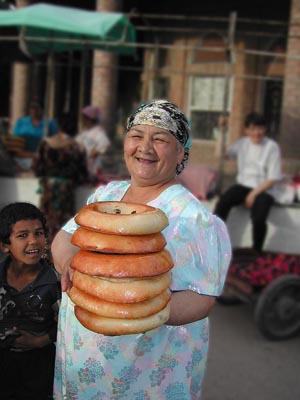 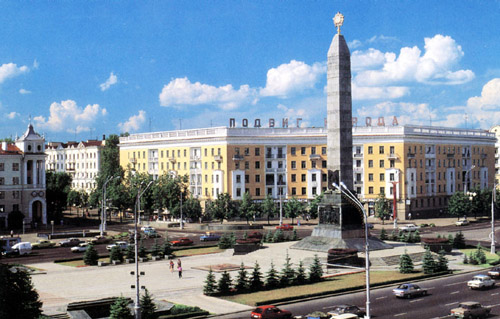 According to the State Department reports on Belarus, president Lukashenko and his government have turned that country into a country where civil rights of its citizens have been suppressed to the extent that Belarus was blacklisted by Human rights organizations and the State department itself as an authoritarian regime.   As a result, asylum applicants from Belarus may have better chances to win asylum cases based on fear of returning to Belarus for political reasons. 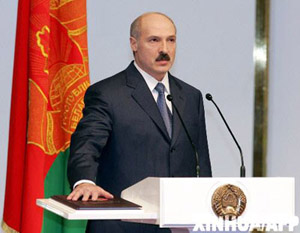 Although Russia is considered a sufficiently democratic and fast developing country, certain categories of persons can still expect pretty good chances of getting political asylum in the U.S. Specifically, gays are threatened with drafted into the army,  and representatives of certain religious minorities such as evangelists, Baptists, Jehova’s witnesses, seventh day Adventists as well as Muslims and residents of the Caucasus and Central Asia with Russian citizenship. 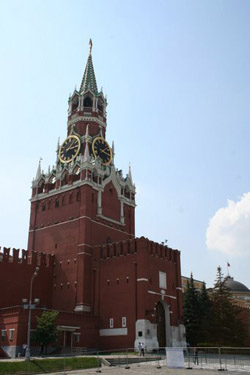 Aside from political asylum, Russian citizens being sponsored by American companies may be able to apply for labor certification to obtain permanent residency in the U.S. and to apply for H1B or H2B work visas during the April to October season if the visas did not run out. 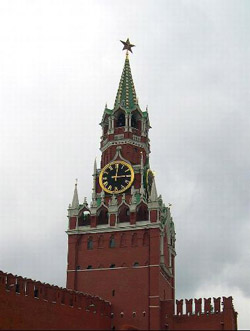 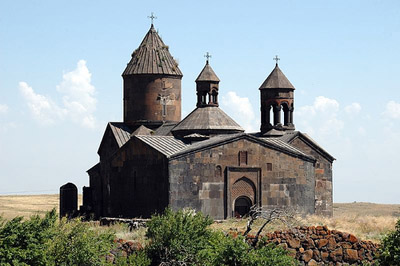 Russian-speaking Armenians considering asylum in the U.S. and in need of a Russian-speaking attorney and Armenians from any other country are welcome to make an appointment for the first free consultation with immigration lawyer Dmitry Paniotto to discuss their options. Additionally, considering a large number of Armenians who already received their immigration status in the U.S. there is a demand to bring relatives from Armenia, Russia, and other countries. We’ll be happy to discuss with you the visa options for your relatives and friends ranging from student and work visas for Armenians from Russia, Armenia, and other countries to Fiancee visas for fiancées of Armenian U.S. citizens. 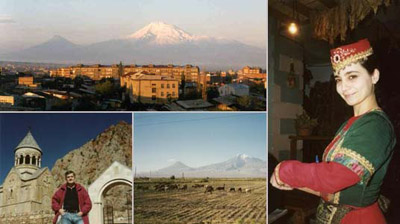 For those who have been here without documents or with a permanent residency and have a criminal record or have been charged with a criminal offense:

Please see the comments above about the deportation consequences of pleading guilty to a criminal offense and call us before it’s too late! (213)534-1827. If you have someone who was recently transferred from criminal jail to an immigration detention center and is awaiting the first hearing before the immigration judge calls us to make an appointment to discuss your case.

Although a large Armenian community in Los Angeles has suffered from asylum fraud committed by self-proclaimed unlicensed immigration paralegals who successfully destroyed the credibility of asylum for Armenians from Armenia, Russia, or other countries in the eyes of U.S. immigration officials, newly arrived Armenians very often have no other option but apply for asylum. Not to repeat the mistakes of your relatives and friends who in search of bargains (and often not so cheap bargains) entrusted their asylum cases to con artists and crooks, contact an immigration attorney licensed in one of the states in the U.S. with sufficient asylum experience in immigration courts to increase your chances of winning the case.    Naturally, the decision in your case does not depend on your attorney, even if he is the best attorney available, – the decision is for the immigration officials to make and therefore it is undocumented and unethical to guarantee you that we will you’re your case.   Only con artists, crooks, and self-proclaimed immigration case preparers will guarantee you winning your case to trick you out of your money.   However, if you came to an immigration attorney licensed in the U.S. and have political asylum experience, then you can expect that your chances to win a political asylum case will actually increase.

we will be happy to prepare your immigration paperwork to get permanent residency in the U.S. based on marriage with a U.S. citizen and we’ll prepare you for and provide you with legal representation at the interview at 300 N Los Angeles with an immigration officer.

The most common case where this group needs the immigration assistance of an immigration lawyer is the refusal of the American spouse to cooperate in obtaining permanent residency for the immigrant spouse.  In this case, there are usually only three possible venues for relief:

It is noteworthy that in the case of victims of domestic violence well – documented injuries with pictures of bruises/other injuries, medical reports from hospitals and doctors, police reports, visits to women’s shelter by the victim, restraining orders, witness statements, presence of children and child abuse against victim’s children are crucial to winning the case and obtaining the permanent residency /green card in the U.S. for victims of domestic violence committed by the U.S. permanent residents and their children.  On the other hand, unsupported /undocumented statements about domestic fights and “psychological pressure” by the U.S. citizen spouse without any supporting documentation normally lead to denial of the case.

ATTENTION: if your relative/friend is currently in deportation proceedings in Los Angeles immigration court or was detained crossing the border without documents or at the airport, Russian-speaking immigration lawyer Dmitry Paniotto is available to represent your relative/friend in deportation proceedings. If your family member arriving at the airport from Armenia, Russia, or other countries is detained, if your family member/friend from Armenia, Russia or other countries is detained in Otay Mesa facility or any other place immediately call immigration lawyer Dmitry Paniotto’s cellphone (213)534-1827 to discuss your emergency.